The Ebro Delta, included in the Ramsar Convention, is one of the best-known and greenest wetlands in the Western Mediterranean, where more than 360 species of birds and 50 species of fish have been counted. The most important are the Greater Flamingos, Adouin’s gull, Spanish toothcarp, Ebro barbell…Moreover, the final part of the Ebro crosses different ecosystems and natural habitats, ranging from mountain altitudes of 1,500 metres to sea level with sandy expanses and wetlands in the delta plains, passing through tectonic zones, and the Ebro valley and alluvial deposits.

The river and its wetlands confer a great variety of landscapes and exceptional richness on the area, but also give a strong sense of belonging and personality to the local population, so much so that in the 2000’s, a powerful social movement in defence of the Ebro emerged as a reaction in response to the political proposal of Ebro water capture.

The rich resources of the river have transformed the area into a leading agricultural sector in an extended agrarian matrix (composed by rice paddies, citrus and olive groves, vineyards, almond trees…). These agricultural activities, combined with fishing, shell fishing, aquaculture and tourism, are the main economic activities in the area. 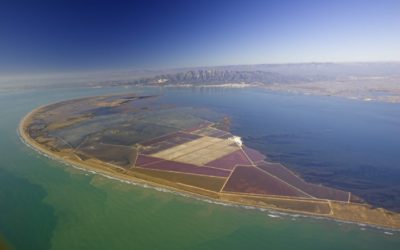 Improving the resilience in economies: the CLINOMICS project

One major concern of TEBR is the effects of climate change. For this reason, TEBR has been participating in a LIFE called CLINOMICS with other territories of Catalonia since 2016. This project tries to improve the resilience of local economies, particularly in the...

END_OF_DOCUMENT_TOKEN_TO_BE_REPLACED
View the other Biosphere Reserves