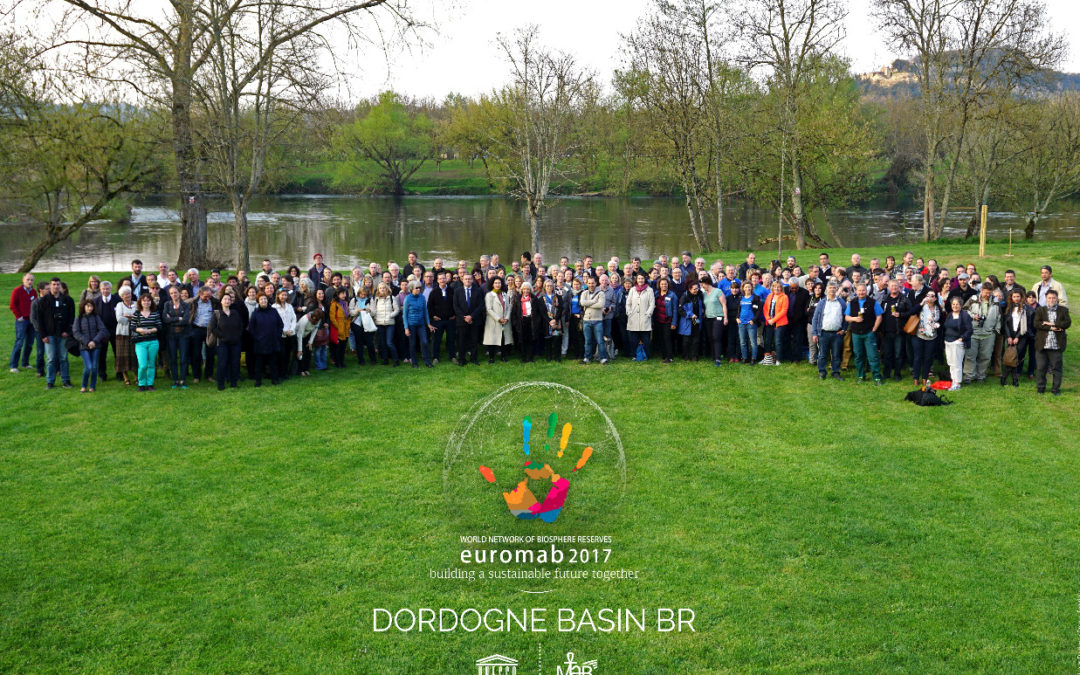 A specific workshop on river management was led by EPIDOR (Dordogne basin BR coordinator) to launch a network within the framework of the MAB programme. About 40 people attended this first workshop networking BRs concerned with watercourses and their management.

This network project received a very positive response from the other biosphere reserves. During this working session, the participants prepared a draft declaration concerning the concerns, the ways of working and the difficulties that the BRs have in common.

Click on this link to read the report of the CAE-MAB workshop organised during the EuroMAB 2017 in the Dordogne Basin Biosphere Reserve.

Back to network's activity